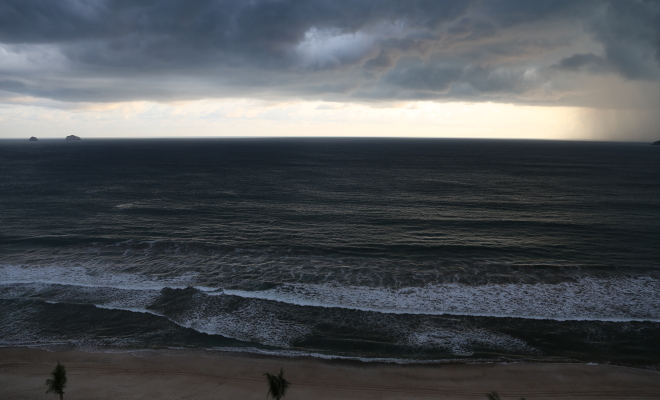 All attempts at domination are actually, from our existential point of view, attempts at self-perpetuation. Every one of us is in the process of crafting our own private immortality project. In the last analysis dominating others is one form this project takes.

At the unconscious level, the rationale is that domination signifies superiority and superiority signifies differentiation. By amassing and wielding power over others, by controlling behaviors, thoughts, and feelings, these dominators fashion themselves as gods rather than mere mortals. Their ability to control acts as a sort of proof of their godlike superiority while at the same time the instillation of a set of behaviors, thoughts, and feelings in the people they dominate helps them feel that they’ll live on in these people once they themselves have perished.

Recognition of mortality and the terror resulting from it for those whose psychologies are dominated by the need to dominate is contradictory in that in one sense they’re highly aware of their mortality, this sensitivity to it is what leads them to take those drastic measures to control others in the first place, while in another sense they’re not aware of their mortality at all since domination as a solution gives them the dual buffer of feeling like immortal gods and feeling that those they dominate are crafted in their image.

There’s nothing wrong with the immortality project  per se, nothing wrong with being interested in self-perpetuation, and in fact life would be pretty much unbearable without the belief of continuing on in some form after death. The alternative is nihilism and hopelessness. So the only question is the quality of the immortality project, whether it’s life-affirming or life-denying, productive or destructive, centered around growth or centered around deterioration.

It should be obvious that domination as an answer to the problem of mortality is a bad solution. It’s life-denying, it’s destructive, it’s centered around deterioration. Whatever the rationalization may be, when we deny others their rights to growth and self-actualization, when we put them under our thumbs, when we use them for our own ends, they suffer and we suffer right along with them.

Like we said above, the dual purpose of domination as a solution to mortality is to fashion oneself as godlike in order to prove actual immortality and to craft others in one’s own image in order to attain symbolic immortality. The first is obviously ridiculous, death comes for everyone whether or not they fancy themselves as gods. The second is just sad and misguided since hostility, resentment, hatred and anger are the things that are truly being passed on. The moment the dominators are out of the picture those who were dominated throw off that yoke and never look back, assuming they don’t revolt sooner. If anything could be said to live on it’s suffering, as those who are controlled and dominated suffer mightily and they often end up becoming dominators themselves, passing on suffering to more unsuspecting victims. That’s the destiny of those who choose domination. In the speck of time they exist in the universe they propagate suffering rather than helping to reduce it.