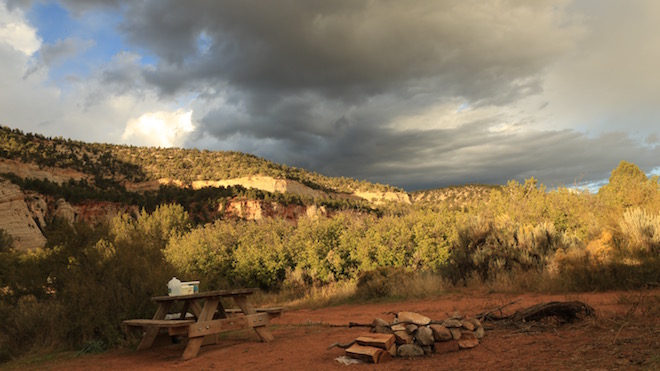 In his research John Gottman discovered four maladaptive behaviors that predict divorce or separation in something like 96% of the couples he followed. We will discuss these behaviors, which he calls ‘The four horsemen of the apocalypse’, and talk about some of the existential and psychodynamic ideas that back up his findings.

The first maladaptive behavior is criticism. This is where one partner cuts into the other’s personality in order to show how he or she is solely to blame for problems in the relationship. Attacks are usually global rather than specific. For example, a woman might say to her husband “You are so irresponsible!” What does this really mean? Rather than describing a specific instance that would be possible to avoid it is who he is as a person that is causing problems.

We talk about the psychodynamic concept of externalization all the time and criticism is often a veiled form of it. Unconsciously, you take a part of yourself that you do not recognize or accept and place it onto another person or institution in order to regain psychic equilibrium. One way you can avoid criticizing others is to silently put yourself at the center of what you are about to say. Try saying to yourself “I’m irresponsible sometimes.” If there is even a shred of truth in that statement then it doesn’t make a whole lot of sense to blame someone else for a problem that is clearly shared by both of you.

Another strategy is to stick to specific instances as much as possible in order to avoid attacking the global personality of your partner. Let’s say your husband forgot to pick up the kids from soccer practice, which prompted you to tell him how irresponsible he is. Instead you focus on the steps that need to be taken, without being judgmental or condescending, to insure that they are picked up on time next practice. It’s a sad reality that partners in a struggling couple are almost delighted when the other drops the ball because the instance can be used as ammunition. This makes no sense and will only dig a deeper hole for you instead of serving as a data point to change the course of the relationship.

The second maladaptive behavior is defensiveness. When we are criticized, the first instinct is usually to defend ourselves. The next is to launch a counter attack and even take the criticism up a notch. Healthy couples don’t do this, probably in part because criticism appears so rarely that a person takes it seriously when it does show up. He or she wants to know more about the contents of the criticism rather than defending against it. Understanding the partner’s point of view is the primary motivation.

You can see how criticism and defensiveness are closely tied together. The more criticism, the more defensiveness. A great place to start if you are struggling in your relationship is to stand your ground that personal attacks on your character are unacceptable but that you are interested and open to hearing the mechanics behind the attack.

Let’s use the simile of your relationship being like an art project. Both of you bring a set of skills and liabilities to the table, and these will influence how the project ends up looking. Let’s say that you have cut some cardboard paper for part of the design and it is crooked. Instead of telling you that you are an idiot, which solves nothing and just makes you feel bad, your partner genuinely wants to know what happened. Did your mind drift off for just that moment, are there some skills you need to learn, or is this just a naturally deficient part of your skill set that she should take over? When we focus on the specifics and stay away from global criticism a person is more likely to accept influence. That’s because doing so says nothing negative about his or her overall worth as a person.

The next maladaptive behavior is stonewalling. Males tend to engage in it much more frequently than females. This is where the normal body language that shows a person is engaged in a conversation is absent. There is very little eye contact, head nodding, grunts, or other behavior to show a person is plugged in. Stonewalling is tough on a partner because as the name implies it feels like talking to a wall. Obviously these four horsemen are interlinked, and we can theorize that the less a person feels criticized the less he or she will escape into a safe place behind the walls.

The final maladaptive behavior that is most predictive of divorce is contempt. Pretty much everyone knows contempt when they see it. It is my feeling and my transmission of that feeling that I am above you. There is a facial feature that goes along with contempt in every culture all over the world and it is the curling up of the corner of the lip. Contempt is emotional abuse and no one should have to deal with it in a relationship. Gottman talks about how even healthy couples have the first three horsemen in their relationship sometimes, although with less frequency, but contempt is conspicuously absent. Once you have crossed that threshold and no longer have a relationship defined by equality and respect you need to do something about it quickly or cut ties and run.

Obviously no one is perfect and we all say hurtful things we wish we could take back sometimes. But the more you can cut down on the behaviors discussed here the more you will be setting the stage for a relationship that is fulfilling and that provides protection from all of the other difficult parts of your life instead of adding to your stress and problems.