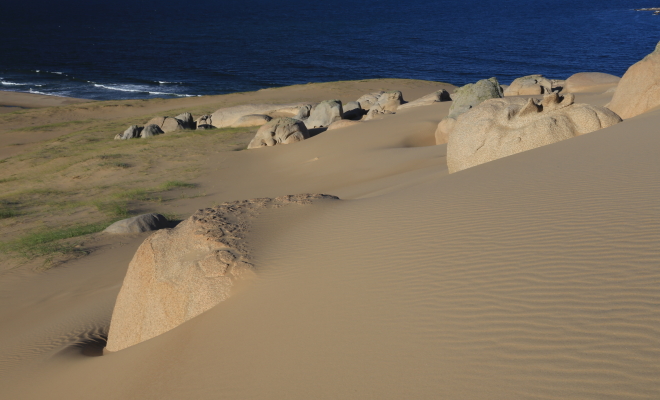 I recently arrived in a tiny town in Brazil where internet access is really hard to come by. I realized the struggle to access it serves as a perfect concrete example of how different schedules of reinforcement compel different frequencies and intensities of behaviors when my girlfriend made fun of me for repeatedly getting up from my comfortable chair to go downstairs in order to try to get online. She told me I was obsessed and I responded, “No, they’ve just got me on a variable-ratio schedule of reinforcement.”

If the internet worked flawlessly all the time it would be called a continuous schedule of reinforcement. I’d only go downstairs when I felt like getting online. I’d get my work done, check my email, maybe surf the web for a bit, and that would be that. So the behavior being reinforced in our example, getting up out of my comfortable chair and walking downstairs, would only occur a couple times throughout the day.

If the internet only worked during certain times of the day but those times were set in stone it would be called a fixed-interval schedule of reinforcement and, consciously or unconsciously, I would begin to modify my behavior so that I only got up and went downstairs during those times when the internet was actually up and running, meaning that once again the behavior being reinforced would occur much less frequently than it did the other night.

If the internet only started functioning after a set amount of times trying to get online it would be called a fixed-interval schedule of reinforcement and I’d only have to get up from my comfortable chair and walk downstairs a certain amount of times until I hit that magic number, at which point I’d get online and get my work done.

But like we said I wasn’t on a fixed schedule of reinforcement, I was on a variable schedule of reinforcement. I never knew when the reinforcement of online access was going to occur, there was no discernible pattern. That made the frequency of me getting up out of my comfortable chair to go downstairs go up dramatically not go down. I kept meeting with failure but I kept believing that maybe the next time I’d meet with success since I knew from past experience that the internet did work once in a while.

But here’s the thing. While behavioral psychology is primarily interested in the controlling environment and considers the organism to be more or less a pawn whose behaviors are compelled based upon the type and intensity of reinforcement, the perception of the organism in question really does matter, especially when that organism is intelligent, as is the case for human beings. A variable schedule of reinforcement can easily start to be perceived by as extinction if the reinforcement doesn’t show up often enough. Extinction makes a behavior die out, not occur more often, and that’s exactly what ended up happening to me.

The tradeoff ended up not being worth it, both in terms of felt frustration and in terms of the predicted chances of actually getting online. So I started running through the behavioral repertoire, searching for other behaviors that would result in my desired reinforcement- online access. I talked to the building manager and asked for help, but so far that’s been a dead end . I tried to set up a plan on my cell phone, but needed documentation I don’t have. I walked down the main strip looking for signals without passwords and businesses that offered access with the purchase of items, but there was nothing.

None of these behaviors ever got reinforced, I didn’t get online even once, which made them all die out immediately rather than occur at a higher than normal frequency. And that’s how I ended up on a bus headed to a larger town down the road, sitting in a cafe with free internet access, having a coffee and writing this article. I’m once again on a continuous schedule of reinforcement. Online access is pretty much guaranteed as long as I show up at the bus stop, get on the bus, ride it for about twenty minutes, sit down at the cafe, and log on. Chances are I’ll implement the exact same behavioral chain tomorrow since I believe doing so will result in the desired reinforcement. But I’ll only have to enact that behavioral chain once, as opposed to enacting a behavior over and over again as was the case with getting up out of my comfortable chair and walking downstairs the other night.