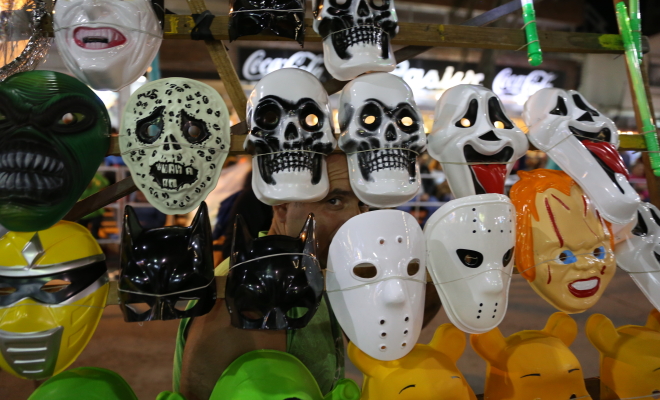 What To Do When Witnessing Emotional Abuse

It’s hard to know exactly what to do when we think we’re witnessing instances of abuse. When it’s physical most of us jump into action, either intervening ourselves or calling the police. But when abuse is emotional we tend to come up with plausible excuses to feel okay about doing nothing. We might think to ourselves that it’s none of our business, or that the victim isn’t in any real danger, or that we might be misinterpreting the situation, or that it’s just not that big of a deal.

But emotional abuse is a big deal, it brings lasting emotional and psychological changes in its wake, changes that end up exerting a profound impact on the entire worldview, on the relationship to Self, others, and world. And from the perspective of neuroscience emotional abuse causes real pain, the same parts of the brain light up as in cases of physical abuse. As far as the brain is concerned there’s little difference between the two.

So maybe the first hurdle is challenging our own psychologies to stop thinking of abuse as existing on various levels of severity where the emotional is really no big deal but the physical is a big deal. All abuse is enacted with the same underlying intention, to instill doubt in order to maintain control. All abuse is a big deal because of the effects, because of the transformation that occurs where a human being is turned into an object of disdain, a garbage receptacle whose only value is in fulfilling the psychological and emotional needs of the abuser.

You’ll hear a lot of commentary denigrating victims of emotional abuse as weaklings, as cowards, as spineless, etc. Really this commentary is simply highlighting the psychologies of the people doing the denigrating though not the psychologies of the victims, it’s highlighting their own sadistic worldviews that demand the sacrifices of weaker entities in order to prove supposed strength and thereby gain a buffer against existential anxiety. In their worldviews anything associated with strength is glorified and anything associated with weakness is attacked. In their binary way of thinking there are two kinds of people in the world, those who dominate and those who are dominated. The entire goal of life is to make sure to be the first kind of person.

So it’s ridiculous to take anything these people have to say about abuse seriously since they’ve got skin in the game. Whether they’re currently actively abusing a victim or not their entire underlying mode of being and relating supports rather than discourages abuse since they consider power over to be the greatest virtue and any sign of weakness to be the greatest vice.

We support social justice and the inherent right of all human beings to a dignified existence and if you do too then abuse is your enemy. We’re not saying abusers are the enemy, they need help too they just don’t know it. So what to do when witnessing emotional abuse? The first instinct is to step in and confront the abuser but in the power paradigm we’ve been talking about here that strategy isn’t going to change much because it simply perpetuates a psychology of power and domination, it reinforces the adversarial attitude but instead of the abuser over the victim it becomes you over the abuser or the abuser over you depending on how the outcome of the confrontation.

Far better to approach and support the victim, to validate their experience of abuse by calling it abuse. Because as strange as it might sound, victims of emotional abuse are often a lot less aware that they’re being abused than objective observers. This is probably because the whole strategy of abuse, whatever form it takes, is to instill doubt, and a huge part of this instillation of doubt is compelling victims to doubt their fundamental perception of reality.

If you’re pretty sure emotional abuse is occurring you can act as the counterbalance simply through providing a supportive ear and encouraging the victim to start reading everything in sight about what abuse is and how it operates. Loneliness and isolation are typical outcomes of emotional abuse, victims lose all their connections to friends and family, and this is also intentional on the part of abusers since it’s much easier to exert control when there aren’t any concerned parties around to muck it up. Just your presence and your active concern can mitigate some of those painful feelings of loneliness and isolation and act as the first important step towards a more dignified existence.