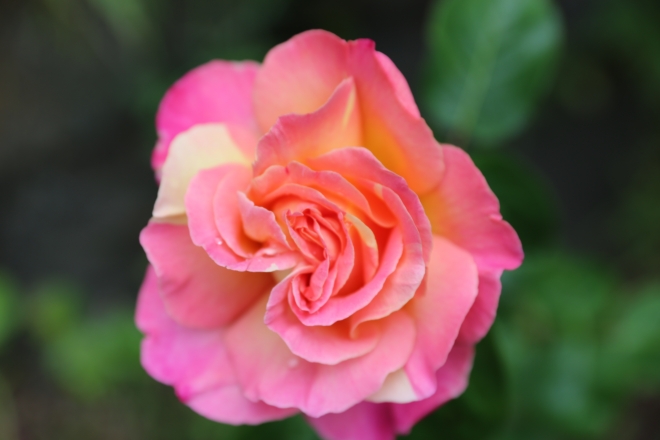 Quick to Point Out Problems, Quick to Apologize, and Quick to Forgive

The idea of the perfect relationship is a myth. Actually the ones that look perfect on the surface are often the ones with the most problems, and they end up self-destructing at some point. You know how sometimes breakups blindside you, where you thought a couple was so great together and can’t believe it didn’t work out? The psychoanalytic explanation for why is reaction formation. That supposedly perfect family, or for this article that perfect couple, is repressing all their fundamental problems and presenting the exact opposite to the outside world.

Anyone who tells you a romantic relationship shouldn’t be hard work has never been in a long-term healthy relationship. Any time you get two different personalities together, two people with different perspectives, desires, and needs, there is going to be friction at times. And the whole idea that love should be effortless is romantic fluff. What these people are talking about is falling in love, which is better understood as infatuation, a blissful state over which you have no conscious control, similar to being high off of a drug. Erich Fromm opens his seminal work ‘The Art of Loving’ with these words: “Is love an art? Then it requires knowledge and effort.”

We want to talk about just one of the aspects that tends to separate healthy couples from unhealthy couples because it’s pretty easy to implement right away. It’s not necessarily that healthy couples argue less or love each other more, but they are quick to point out problems, quick to apologize, and quick to forgive. They don’t let things fester, they don’t give the virus a chance to grow, they nip the problem in the bud. John Gottman gives the advice “Don’t let the sun set on your anger.”

Think about pretty much any medical problem out there. If you can catch it early enough it has little chance to do much harm to your system and the prognosis is usually pretty good. It’s when you ignore the warning signs, allowing the disease to grow, that things get bad and your chances of survival go down. We can think of problems in relationships in the same way. It’s not just the problem that is the problem, and in fact the problem often becomes secondary to the accompanying hostility and hurt feelings, the resentment that builds up over the days and weeks due to not adequately addressing what is going on, not apologizing, or refusing to forgive.